In 1970 The Greatful Dead and fourteen other acts got on a private train going West and began partying nonstop, occasionally stopping to do concerts. Once, when they ran out of booze, they stopped the train at the nearest liquor store. With $800 from a hat passed around they resupplied including a huge display bottle of Canadian Club. That big bottle soon was fortified with LSD and the result can be seen in the video below. I hope these videos don’t get pulled off You Tube. Just in case I would watch ’em while you got ’em.

“Festival Express is a 2003 rockumentary film about the Trans Continental Pop Festival, a 1970 tour across Canada by some of the world’s biggest rock bands, including The Grateful Dead, Janis Joplin, and The Band. The documentary film combines footage shot during the 1970 tour interspersed with interviews with tour participants who shared their recollections of the time.” 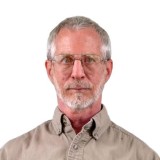 My passion is learning how to learn. I would like to help design and create environments where learners are empowered to thrive by practicing and mastering digital literacies.